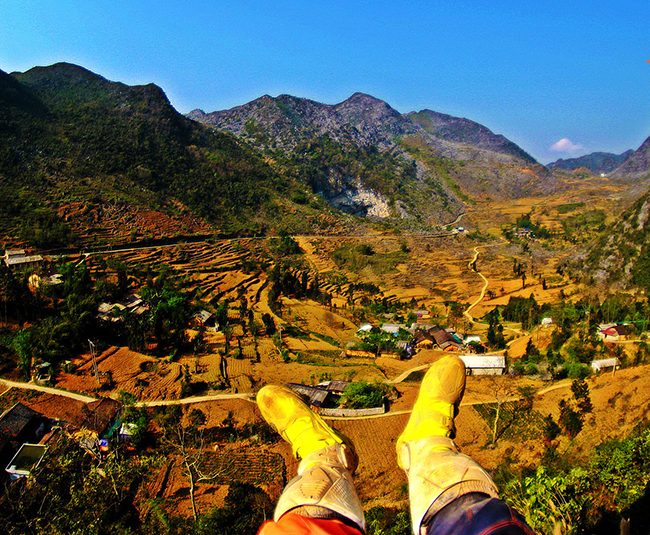 Ha Giang is located in the northernmost of Vietnam. It's a fantastic location for a motorcycle road trip, with mountain peaks clinging to cliff sides high above raging streams and rural roads winding through stone pillars.

In this post, we'll take you on a tour of the Ha Giang Loop Motorbike Routes, complete with suggestions for the monuments along the way. Scroll down now! 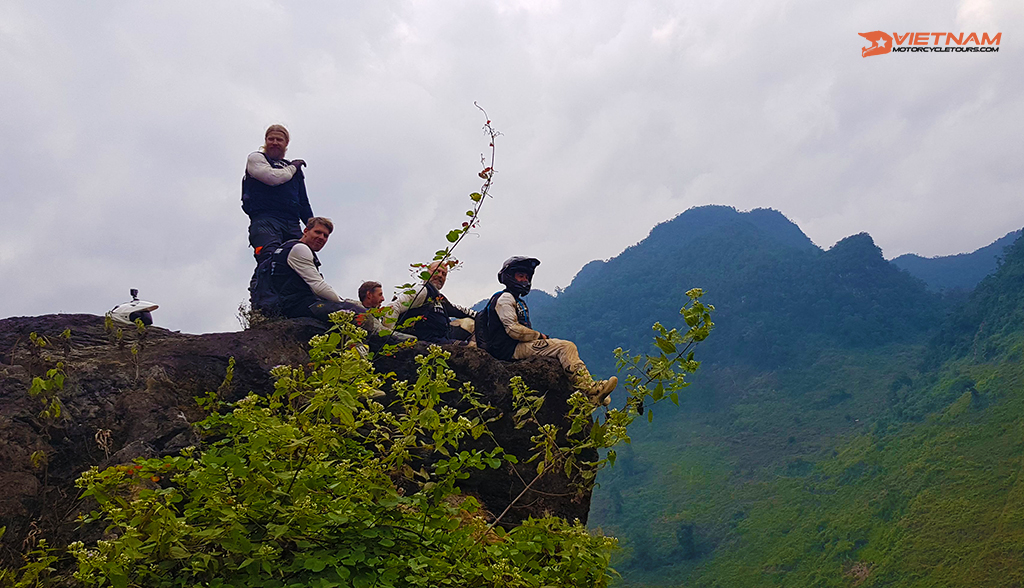 You can have a nice, fresh room for $25-$35 each night. The ideal months to visit are March-May and September-October, while the weather is nice and bright.

There are numerous nice "ordinary" places to eat on Nguyen Thai Hoc Street where you may order by pointing. Enjoy the salmon hotpot, which is really the area's specialty, at big riverfront restaurants if you're seeking a feast.

Then, heading north out of Ha Giang, take Road QL4C toward Tam Son. The Dong Van Karst Plateau Geo-Park is reached after a 30-kilometer journey through lovely landscapes. In 2011, the region was classified as a UNESCO Global Geo-Park, the second in Southeast Asia.

The trek up Heaven's Gate Pass begins with a lengthy, twisting rise. Heaven's Gate Pass descends into Quan Ba District and the village of Tam Son. Despite its picturesque setting, Tam Son is quite ordinary town. If you feel like staying the night in Tam Son, there are a few places on the main street.

Continue east along the Mien River basin on Road QL4C from Tam Son. The route goes through a pair of uniquely spherical hilltops. The road passes the Mien River, which flows northward thru a rocky canyon after several difficult slopes.

Another lengthy route ascends through a lovely, manicured countryside before reaching a cold coniferous tree at the top. The limestone woods of the Dong Van Plateau, which resemble the nonlinear transformation ramparts of a large castle, may be seen as you approach the other side of the Yen Minh District.

The 70-kilometer trip from Yen Minh to Meo Vac is the area's most impressive section of road. The road QL4C cuts across beautiful views of hills and valleys.

Minority groups, notably Hmong, make up the majority of the population in this area. Travelers traveling from Sapa can find the region's minority residents less open than other places in the northwest.

The route splits a few minutes after exiting Yen Minh. You enter the stone karsts by a hard path. The steep hillsides are devoid of trees, and the rice paddies fields and verdant valleys have vanished. Rather, you'll find hectares of soybean farms interspersed with corn and bamboo stands clusters.

The road eventually ends up to what is known as the 'Nine-Turn Pass' after cutting through rocky, treeless lowlands. This stretch of tarmac is a popular picture location for travelers. At Sa Phin, there's another split in the route after a more breathtaking landscape.

The "North Pole" in Lung Cu is a huge tower on top of a small hill with spectacular views over China. Take the right turn at the Sa Phin intersection instead to stay on the straight route (QL4C) to Dong Van if you don't want to go to the "North Pole". A little settlement gathered around a big stone structure may be seen in a stunning valley immediately after the fork.

The final 15 kilometers to Dong Van are a breathtaking ride past stone piers, each throwing a shadowy figure over the small valley. The route has been carved out of the hills, hugging the jagged cliffs. Dong Van is a dusty and bustling town experiencing a substantial boom due to increased interest in visiting the region.

The majority of the events take place in the old quarter. Originally just a few attractive ancient stone cottages with thatched roofs, local officials clearly saw its tourism potential since a line of brand spanking new "old quarter" structures has been built here.

The final sprint from Dong Van to Meo Vac is a 22-kilometer ride via the Ma Pi Leng Passes, a breathtaking route that clings to the edge of a cliff of limestone mountains that rise hundreds of yards just above the craggy Nho Que Valley area.

If you can't have enough of the stunning view, there's a side path that leads down to the Nho Que River and then to a Chinese border that you can take to prolong the high road even farther. A temporary bridge spans the Nho Que River here, from whence the route winds its way up the mountains to China.

There are a handful of intriguing side roads to investigate from Meo Vac, both round journeys and one-way. Another option is to take Road DT182 right back to Dong Van from Meo Vac. The journey gives a glimpse into how agriculture works in such a hard location, passing through an arid, treeless terrain dominated by conical peaks and populated with little towns.

The Ha Giang Loop Motorbike Routes may be finished in various ways. The most picturesque route back to Tam Son is to take DT176 a few kilometers north of Du Gia and then turn left at DT181.

When heading back to the Mau Due intersection, continue north on DT182 to Yen Minh, and then return QL4C back to Ha Giang, finishing the Ha Giang Motorbike Adventure Routes. It is not necessary for the Ha Giang Loop Motorbike Adventure to be a loop. You may now bypass the loop entirely by heading southeast from Meo Vac to Bao Lac in Cao Bang Province.

Roads DT217 and QL4C run southeast from Meo Vac and down to the Gam River valley. However, it is generally advisable to take the QL4C from Meo Vac to Bao Lac, given road conditions.

The ideal resting stop for visitors traveling between the Extreme North and the Northeast is Bao Lac, where multiple rivers join. On the unpaved main street, there are restaurants and cafés and a nice market that is incredibly busy in the mornings. From Bao Lac, follow Road QL34 all of the way to Cao Bang City, or take Road DT212 south from Nguyen Binh to Ba Be National Park.

Ha Giang is regarded as Vietnam's last frontier for adventurous travel, and the Ha Giang Loop Motorbike Routes have become virtually famous among travel enthusiasts. We hope this article has provided you with further information if you're planning a Ha Giang Loop by motorbike. More dates and infos visit us: https://vietnammotorcycletours.com/

What riders have said about Vietnam Motorcycle Tours on Tripadvisor!